Unless noted otherwise all seminars take place in the IRB Seminar Room, via Vela 6, Bellinzona. 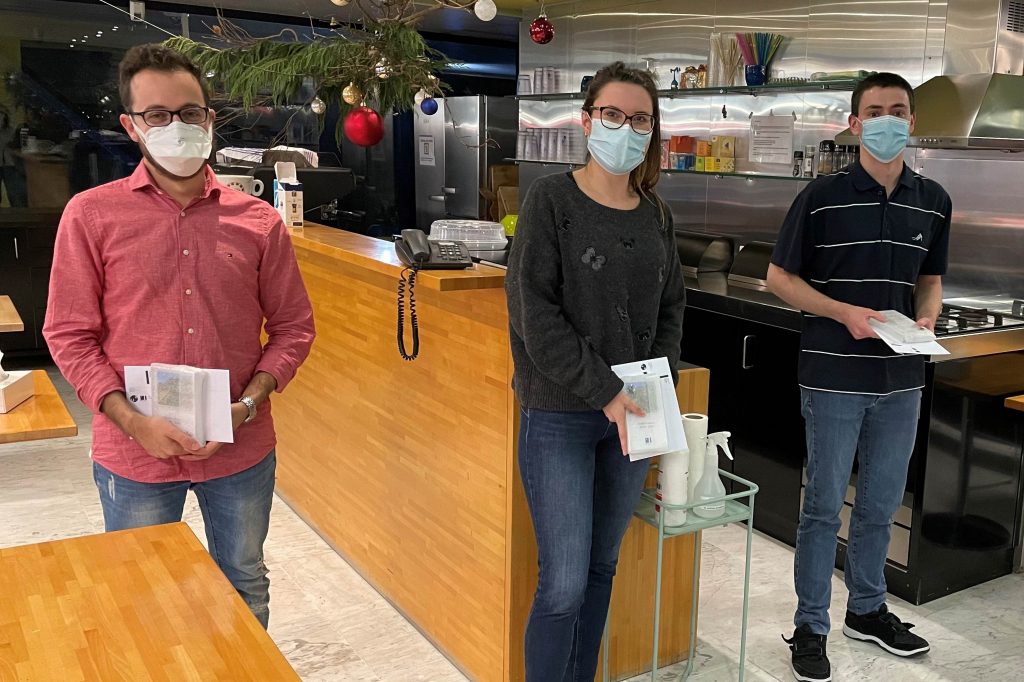 On December 15, 2020, during the second IRB Town Hall meeting, Ilaria Ceppi and Giordano Reginato (Recombination Mechanisms Lab) and Tommaso Virgilio (Infection and Immunity Lab) were announced as the grantees of the eighth IRB student award. For their studies, Ilaria and Giordano are enrolled at the ETHZ, while Tommaso is enrolled at the University of Bern. This award is meant to acknowledge the students’ participation and efforts in all scientific activities. The Awardees were selected by Dr. Silvia Monticelli, Coordinator of the PhD Program, together with the IRB Group Leaders.

This year, due to the pandemic, the annual three days-long student retreat normally organized outside the IRB headquarters had to be cancelled. Therefore, the PhD award ceremony took place virtually during our second Town Hall meeting hosted by the Director of the IRB Prof. Davide Robbiani. After a brief presentation of the selection criteria for this award and a reminder of the past awardees, Dr. Silvia Monticelli announced the names of the awardees for this year. The event was followed by 76 IRB people.

The IRB wishes to congratulate Ilaria, Giordano and Tommaso for their achievements.