Bellinzona, January 31, 2022 – Not only vaccines and antibodies but also innate immunity, the first line of defense that plays a key role in pathogen resistance, plays its part against Sars-CoV-2 and its variants, including Omicron. This is the discovery published in Nature Immunology, the result of an international effort in which researchers from the Institute for Research in Biomedicine (IRB, affiliated to the Università della Svizzera italiana, USI) also participated and aimed at investigating the molecules present in blood and biological fluids and that function as “ancestors of antibodies” (the so-called Ante-antibody). In this study, led by two Italian institutions, Humanitas with Humanitas University and the IRCCS Ospedale San Raffaele, participated in addition to the IRB, also Toscana Life Science Foundation of Siena, and Queen Mary University of London.

Innate immunity, the first line of defense of our body, solves 90% of the problems caused by contact with bacteria and viruses. It precedes and accompanies adaptive immunity, the more specific line of defense, of antibodies and lymphocytes, which can be enhanced with vaccines. Since March 2020, the research team has focused on studying the interaction between Sars-CoV-2 and innate immunity.

“Years ago, we identified some genes that are part of a family of antibody ancestors. Focusing on the interaction between these and Sars-CoV-2, we discovered that one of these molecules of innate immunity, called Mannose Binding Lectin (MBL), binds to the Spike protein of the virus and blocks it – explains Alberto Mantovani, Scientific Director of Humanitas. At the appearance of Omicron, we immediately extended the analysis on the structure of the protein thanks to the collaboration with the Institute for Research in Biomedicine, finding that MBL is able to see and recognize Omicron, in addition to the classic variants of the virus such as Delta”.

The study then continued with genetic analysis of data from patients and databases around the world. “It turns out that genetic variations in MBL are associated with disease severity by Covid 19. Now it will be a matter of assessing whether this molecule can serve as a biomarker to guide clinicians’ choices when faced with such diverse and changing manifestations of the disease.”

The researchers also are evaluating whether MBL can be a candidate preventive/therapeutic agent since it is a molecule functionally similar to an antibody, which virus variants, at least the known ones, cannot escape.

“To date we know that this mechanism of innate resistance ‘sees’ also Omicron and therefore probably contributes to the fact that, although this variant is recognized in a minor form by antibodies, the first line of defense holds. This does not detract from what we already know thanks to the data: vaccines give a significant and fundamental protection and remain our safety belt” concludes Alberto Mantovani.

Picture: Bronchial epithelial cells infected with the SARS-CoV-2 virus. The cell nuclei are colored green while the Spike protein is in red. 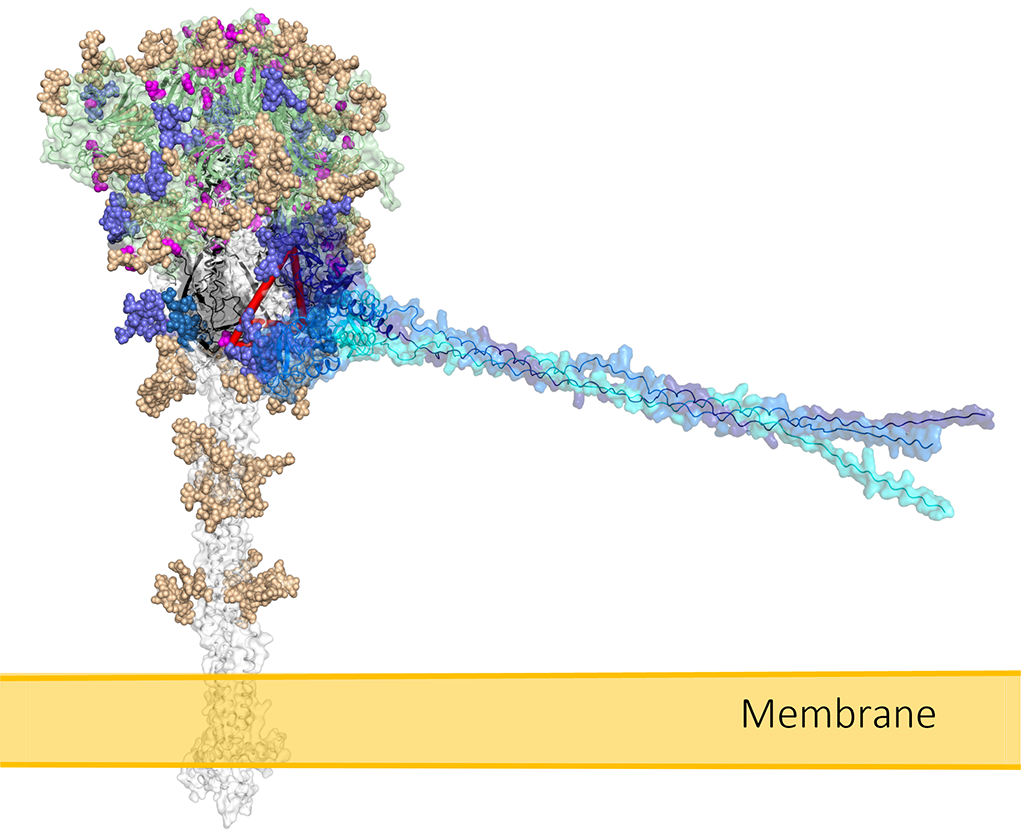