How to support our research

New paper from the Geiger lab

Nearly 200 billion naïve T cells continuously patrol the human body in a quiescent state, prepared to respond to potential threats. Consequently, they may remain inactive for several years in a spore-like state and thus consume little nutrients and energy. However, if they encounter an antigen from a pathogen or a malignant cell, naïve T cells rapidly undergo a remarkable differentiation program to mount a robust immune response to pathogenic threats. Therefore, T cells face a tradeoff between minimizing their metabolic activity while sustaining a maximally prepared state for rapid execution of the activation program.

An international research team led by IRB investigator Roger Geiger used mass spectrometry-based proteomics to analyze the mechanisms that enable quiescent T cells to jump-start their activation program following antigenic recognition. The team found that quiescent, naïve T cells maintain critical proteins and molecular machinery “on standby”, which are only engaged following stimulation. The pre-existing components include idling ribosomes, untranslated mRNAs and an inactive reservoir of glycolytic enzymes. Conversely, T cells also need to downregulate certain components following stimulation, i.e. transcription factors that actively maintain naïve T cells in a quiescent state. The team found that many of the proteins that are down regulated following activation are highly turned over in naïve T cells. When their synthesis stops following stimulation, these proteins are degraded, facilitating their exit from quiescence.

The study also contributes to a quantitative understanding of the T cell response. By implementing a pulsed SILAC approach, absolute protein synthesis rates for thousands of proteins in naïve T cells were determined. In addition, an algorithm to estimate mRNA copy numbers based on RNA-Seq data and mRNA quantifications was developed. Integration of the two datasets allowed the global quantification of mRNA translation kinetics, which is how many times a given mRNA species is read off by ribosomes. 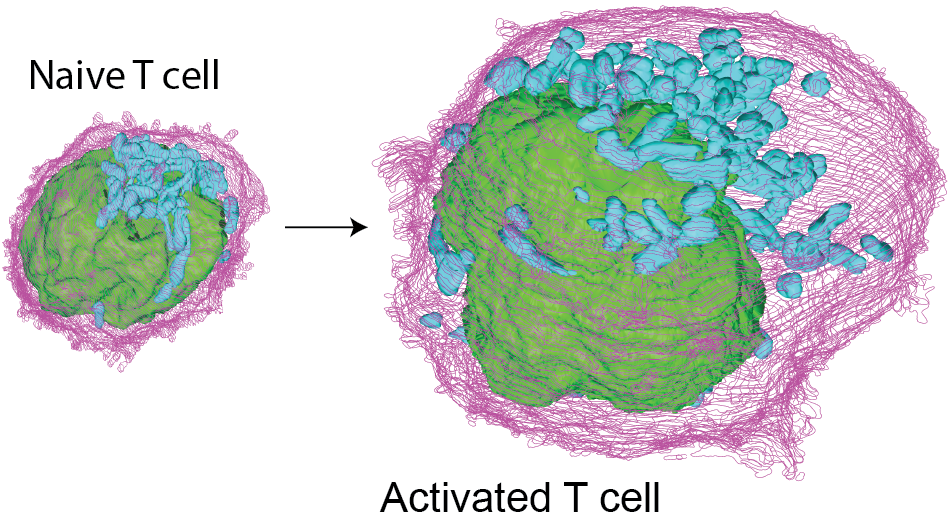 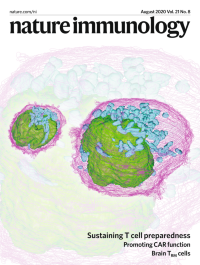 This article made the cover of the Nature Immunology Issue.

Istitute for Research in Biomedicine

© Institute for Research in Biomedicine